I'm taking a break from blogging. Not that I haven't been doing that already, but I need to let all my wonderful followers know. I'm studying full time now, a Diploma in Wildlife Management, and I don't have the time to craft or to write posts. I'm also getting immunized so I can work with bats, and that will take up a lot of time as well.
If I'm able to, now and again I will post an update on how I am, things I've thrifted, new animals etc.
I'll be back eventually and don't forget that you can find me on Instagram under "kraftypanda." And if you don't have instagram on your phone, you can have webstagram on your computer. Go here for my profile.
But for now, stay safe my friends. 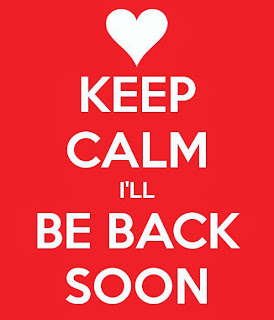 Just a week into Spring and I'm already enjoying the fresh produce our garden is generating!
Our tomato plants are covered with ripening tomatoes and flowers. The citrus trees are also still covered in fruit and beginning to flower again. The other fruit trees are all in flower, our veggie patch is doing well and our three chooks are doing a great job at laying their eggs. 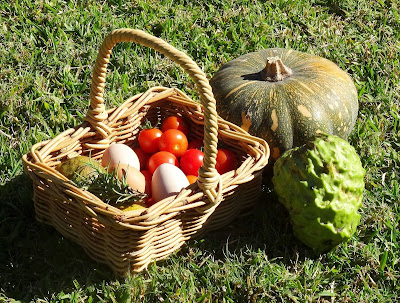 In the basket are eggs, tomatoes, lemonade fruit and some springs of rosemary. Beside is the last pumpkin from our vine this year and a giant custard apple from our tree.
Posted by manda at 3:46 PM 11 comments:
Labels: food, garden, plants

I'm so sad to report that my beautiful little Echo Gecko passed away last night. 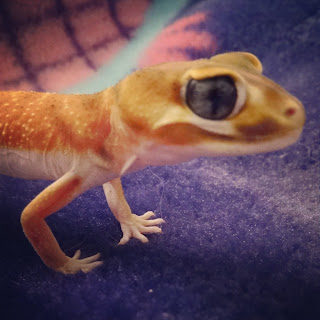 He wasn't with us very long, but he had a nice comfortable home to live out his old age days. 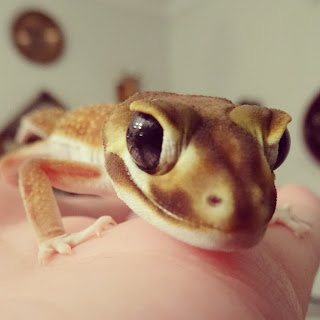 RIP baby! I'll miss you so much! 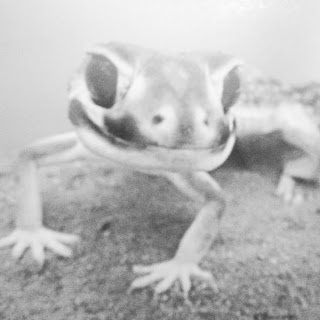 My Mum and I drove down to the beach during the week. There's lots of popular beaches but we chose one you can only get to by 4WD. Because of the high tide the previous night there was no way you could drive in without getting bogged, but it's only a km through the mud flats and mangroves to reach the ocean so we walked in by foot. Here's some of the interesting things I photographed on our day trip - 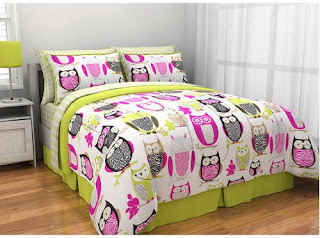 I'm in love with this owl bedding. So much in fact, that I went ahead and bought the set on eBay! 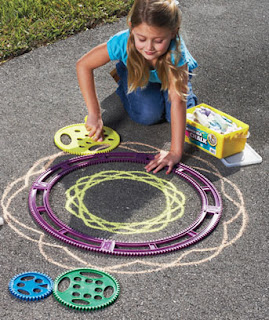 I know some kids (including myself!) who would love to get their hands on this huge Spirograph kit. 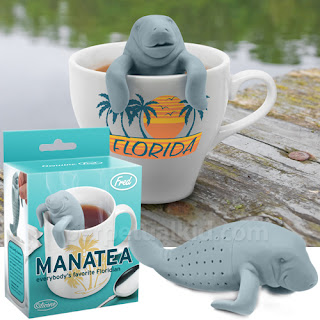 Wanting one of these Manatee tea infusers! So cute! 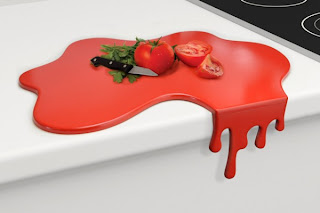 This cutting board would look so good in some kitchens. 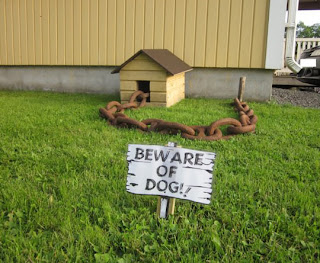 I need to find a huge chain and do this to freak my neighbors out. 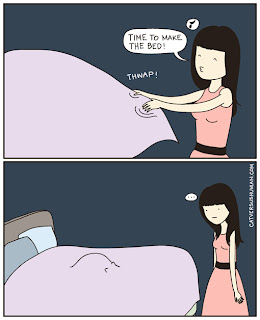 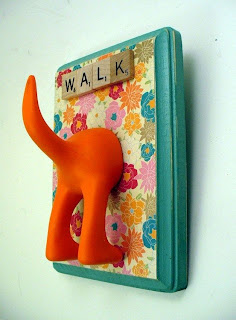 I must make one of these for my dogs leashes. It's going on the "to do" list.
Posted by manda at 7:23 PM 12 comments:
Labels: Friday Favorites

Went to the Car Boot Sale markets in my area on Sunday. Not too much there but I did manage to come back home with some pretty good loot. 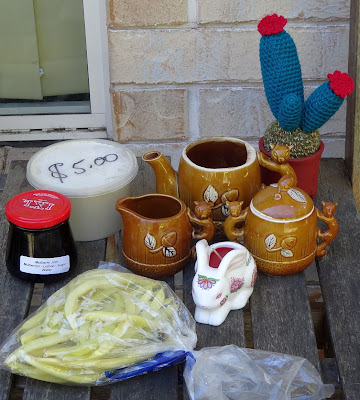 Homegrown and made creamed honey, a whole container for just $5 and let me tell you, worth every cent!
Homemade mulberry jam, just delicious and very pink.
Homegrown butter beans were yummy. My favorite kind of bean.
Handmade crochet cactus in pot was cheap as and I've always wanted one!
The bunny candle was a mere 50cents.
The cute little squirrel/acorn tea set was cheap as too.

Also bought a little deer pin but you wouldn't have been able to see it in the photo.
All in all, I think this was a great market day!
Posted by manda at 4:04 PM 10 comments:
Labels: collections, food, shopping

I haven't done a collection post in ages so thought I'd get some of my new brooches out for a photo shoot.
My button badges look so good when grouped together -

As do the glittery flowery kinds of pins - 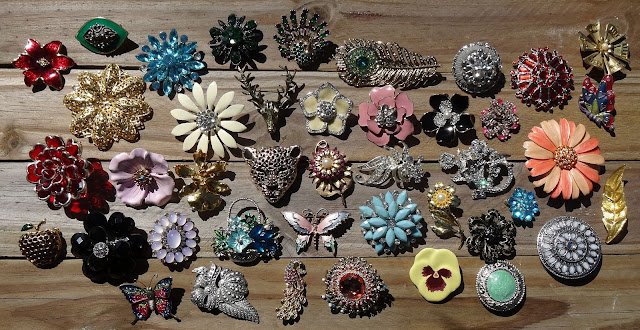 And a bunch of charity pins put together - 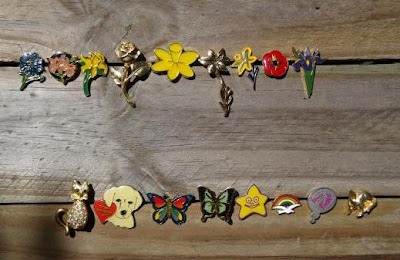 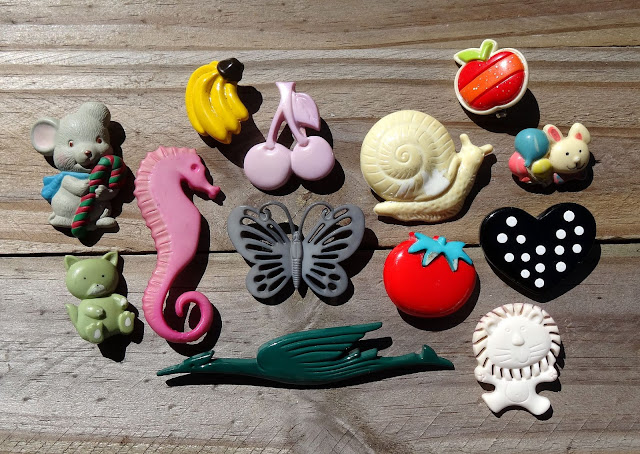 And an assortment of new and vintage animal pins - 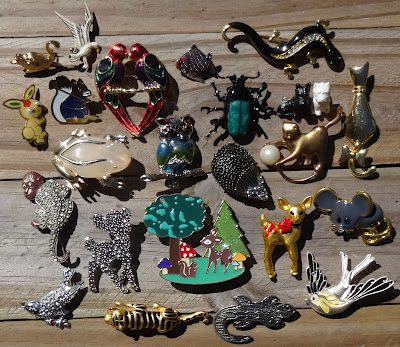 Wanting another Border Collie dog, I contacted a breeder in the area (one of the best in Australia for this particular dog breed) and she mentioned that she had an ex show dog she was looking to re-home. So together with my parents, we went out to take a look at him. Storm is almost 2 years old and in his prime but just wasn't cut out to be a full time show dog (his breeder said) because once in the ring he just stopped and wouldn't do anything. He loved the attention and the grooming beforehand but once out there, didn't want to have anything to do with it. He had also been used a few times as a stud but she knew he's be better off in a family environment. 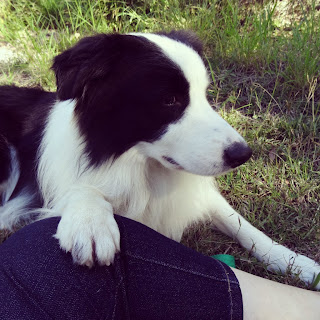 A beautiful dog, we decided to give him go with the promise to the breeder that if within two weeks he just wasn't fitting in, we would bring him back to her. So I brought him home to see how it went.
He was happy and getting on well with his new surroundings - until one of the cats attacked him. He FREAKED! You couldn't get him to do anything, he sat there in a tight ball and wouldn't even look at us. 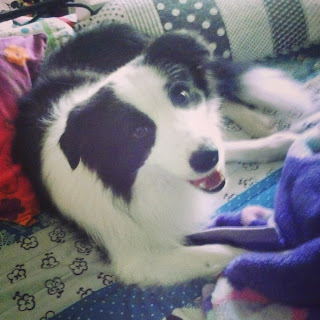 I called the breeder and she said that if there was no improvement by the next day then to bring him back.
By the next morning, he was his happy self again despite being terrified of the cats. So we opted to give him a few more days and see how things progressed. 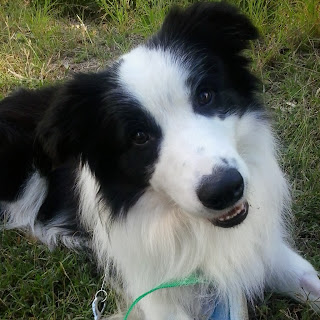 To cut a long story short, he's now settled in perfectly and is one of the family. He even gets along with some of the cats now. We wouldn't be without him! He was neutered last week and has become the most wonderful, fantastic dog. I have missed having a border collie since the tragic loss of Jake, and it feels like I have a part of him back again. 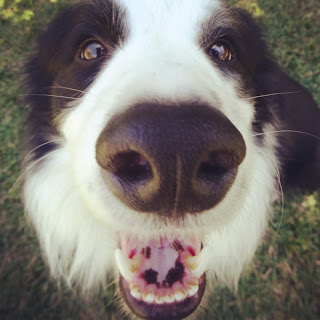 Formerly introducing Storm the border collie and the newest member of our family.
Posted by manda at 7:00 AM 15 comments:
Labels: animals, family

Sadly, over the winter brumation period, Peter Pan developed an infection and being so tiny he went downhill fast. I had him on antibiotics for two weeks and was force feeding him and doing everything I could, but he didn't make it. 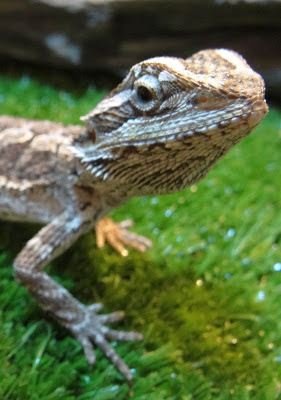 RIP beautiful little boy! You were a fighter and survived for over a year despite the odds being against you. I'll miss you baby boy. 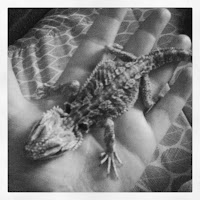 I'm still alive! I've just had so much happening that I haven't been able to get on here to tell you all about it! I've still been on instgram, so for those of you who follow me on there, you know I've been quite sick the past few months. 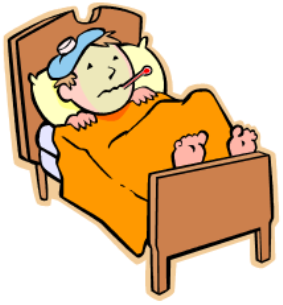 The doctors still haven't figured it out despite a heap of blood tests, MRI scan and an ultrasound. But I seem to be on the mend now, and I'm feeling a lot better than I have been.
So, to catch up, I'll write a few posts on their own and schedule them over the next few days (or weeks) so no one becomes overwhelmed by it all.
Hope everyone is still out there and I haven't lost my awesome followers!
Posted by manda at 11:43 AM 19 comments:
Older Posts Home
Subscribe to: Posts (Atom) 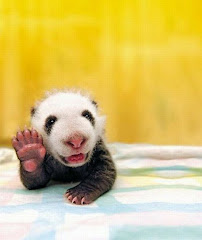 This is a Flickr badge showing public photos and videos from kraftypanda. Make your own badge here. 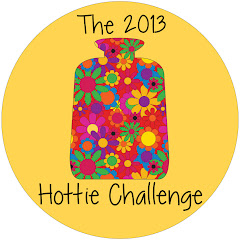 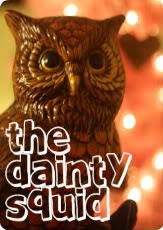 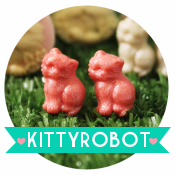 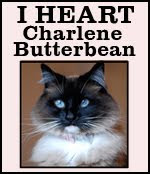 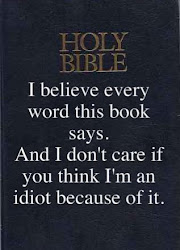